Early settlers in the town of Max Meadows were hardy pioneers who did not object to starting life over in a new place with only the barest necessities. They had faith in themselves and in what they could do. They found the beautiful Reed Creek Valley and worked hard to make it sustain life for them.

William Mack should be named first as he was instrumental in having the town named for him. Although he never off1cially owned the land, Colonel John Buchanan is said to have named the region Mack’s Meadows in memory
of the first known settler.

Col. John Buchanan, who selected his own tract of land in Max Meadows, was the son of James and Jane Sayers Buchanan of Northumberland County, Pennsylvania. He was married to Margaret Patton in 1749, daughter of Colonel James Patton, commander in chief of the Augusta County militia. John and Margaret built a log cabin on the bank above Reed Creek and lived there until 1755 when they moved to Cherry Bottom Plantation on the James River. Their children were William, James, John, Margaret, Ann, Jane and Mary.

Anchor of Hope Plantation, Buchanan’s home, was sold to the Sayers family. It is likely that the Buchanans and Sayers farr1ilies were related. William Sayers was a son of Robert Sayers, also of Pennsylvania. William married Esther Thompson Crockett, widow of Samuel Crockett. Their children were Robert. Alexander and Samuel. Robert, who was a major in the Virginia militia under Andrew Lewis, inherited the Anchor and Hope Estates. He left the home to his nephew Robert, who built a large brick house, which many Max Meadows residents can remember Robert married Senah Ross and his family lived there for many years.

The Hager family was an early family in Max Meadows, giving their name to Hager’s Hill and Hager’s Spring. Eldridge Hager and Cecil McGavock ran the H&M Overall Factory in Max Meadows for awhile. Some of their descendants are still in Max Meadows. 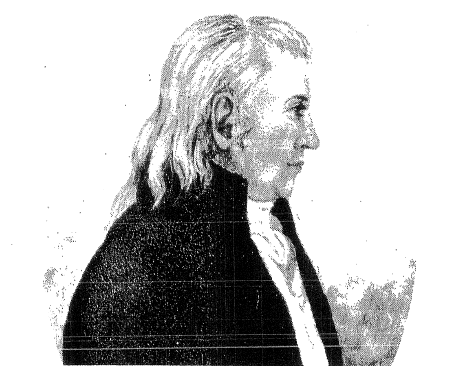 James McGavock, an Irishman, was an early resident in Max Meadows and was credited with building the log home which still stands in downtown Max Meadows.

James McGavock was born in 1728 in Antrim, Ireland, and came to Amelica in 1752. He was a plivate stationed at the old Fort Chiswell, where he also served as quartermaster of the fort. He had several enterprises in the Fort Chiswell area, which spread further north into Max Meadows. He built a log home there around 1789 which is still standing. He and his wife later moved into the home where he lived until his death. McGavock saw potential growth in the lovely valley and purchased several hundred acres of the Anchor and Hope Estate, previously owned by the Buchanan and Sayers families. Randal McGavock, one his heirs sold much of the land to the Pennsylvania developers to build the town. James McGavock died in 1812. 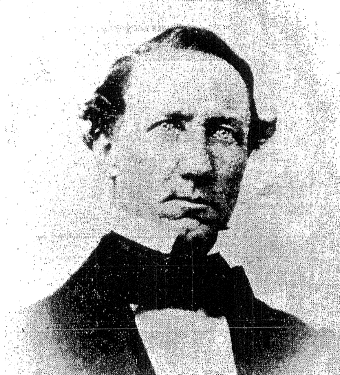 Thomas Wood 1ived at Ar1ington House and sold land for the railroad depot and the development of Max Meadows.

Thomas Wood was an Englishman who settled in the town in the early 1840s and married a Wytheville girl, Margaret Crockett. Wood was an enterprising person who also envisioned much growth for the area. He wanted the town to grow and did all he could toward its development.
Wood opened the first store in the area in 1848. This store served local residents and may have been a sort of trading post. His son-in-law, whose name is not known at this time, operated a tobacco factory in the bottomland toward the creek. It is uncertain where Wood’s store was located.

Wood donated land for the Virginia and Tennessee Railroad to build a passenger and freight station in Max Meadows. After the depot was built, the area was knoWn as Max Meadows Depot. Wood also sold much of the downtown area of Max Meadows to the town developers in 1889, along with the Crockett and McGavocks.

Wood is an ancestor of Katherine Watson of Max Meadows.Nicholas P. Oglesby was another settler no resided in Max Meadows. He owned property in Burkes Garden in Tazewell County, also. He was the son of Nicholas P. and Jane C. Sayers Oglesby. He married Sallie Crocett, daughter of Thomas and Rachel Cecil Crockett. He ran a store with John W. Robinson and John W. Guynn in Max Meadows for a while and later on he was in partnership with E.H.Robinson and Thomas A. Miller as merchants. Nicholas and Sallie’s children were John, Samuel, Jennie, Nicholas, Mary, Albert, Frank and William. Oglesby’s grandfather was a brother of Robert Sayers, who owned Anchor and Hope Estates.

John Kent was an early storeowner around 1890. He was the son of Joseph Kent, postmaster of Wytheville and owned Kent’s Woolen Mill. He was the great-great-grandson of Jacob Kent who was one of the first pioneers in Southwest Virginia. He married Lucy McGavock of Wythe County and was the father of Jennie Lou Kent, a long-time school teacher in Max Meadows Schools.

W. G. Crockett was the son of John ·and Nancy Graham Crockett. He was born in 1818 and married Emily Pierce and ran a farm in the Fort Chiswell district. His daughter Elizabeth Chaffin Crockett Pierce. wrote the autobiography which included the records of tournaments in Max Meadows when she was a young girl.

Miss Sallie Lee Hanks is an honored resident of Max Meadows. She resides with her nephew, Tom Hudson and his wife Margie. She was one of seven children of Thomas Lee and Rosa Jane Monday Hanks of Max Meadows. Her
father worked for the Max Meadows Furnace and the family lived in the large two-story house between the Max Meadows Methodist Church . and the old Odd Fellows Lodge. The house was begun in 1914 and finished in 1916 by the furnace workers. They would work at the furnace during the day and at night would come to the Hanks home and plaster the walls by kerosene light. Miss Sallie says there is a spring underneath the house. Her grandfather was Peyton Monday, who lived in the home occupied for many years by the John Eddy family on Seventh Street.

One of the earliest settlers on record in Max Meadows was Robert Davis. He and his wife Mary sold 200 acres of land to Phillip Humble and his ‘Wife Mary in 1793 for one hundred pounds, lawful money of Virginia. Humble also purchased 83 acres along a branch of Reed Creek from John Alcorn of Wilson County, Tenn., which he sold on Henry Jones and moved to Hawkins County, Tenn. When Jones died in 1802, he left no will or heirs and the land reverted to the courts to be distributed. In 1835, the acreage was sold to ,Jacob McGavock.

Other early settlers were Josiah Ramsey and his “Wife Elizabeth. They owned hundreds of acres in Max Meadows to the south and east of the town. A large survey was made for Ramsey as part of the 800,000 acres granted to the Loyal Land Company. The area now known as Ramsey or Ramsey’s Mountain in Max Meadows was part of ,Josiah’s property and was named for him.

Ramsey sold seventy-five and three-quarter acres of his land to James McGavock in 1802. The boundaries were identified only by small elms, black walnuts and other such landmarks, but it was apparently on the south side of Reed Creek between Max Meadows and outer lands still belonging to Ramsey.It bordered the creek near the corner of the Max Meadows lowlands. It ran northeast to Miller’s Ford and other lands of Rarnseys. Ramsey also sold two hundred and six acres to John Bishop in 1802 and a one-acre lot to Joseph Ramsey in 1810.

The McGavocks had been buying up land around Max Meadows for some time. James McGavock, originally from Ireland, had a home and several business ventures in the Fort Chiswell area in the 1770s, which included a livestock farm, a mill and a tavern.

McGavock bought land in Max Meadows and built a two-story log home for his son David and his daughter-in-law at the time of their marrtage in 1779 or 1780. The cabin measured thirty by sixteen feet and had two large rooms downstairs, one which was eighteen feet long and the other twelve feet long.

When his son moved his family to Nashville, Tenn., James and his wife moved into the cabin where they remained until their deaths in the early 1800s. 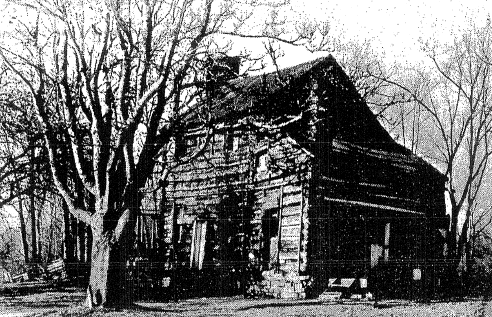 This log cabin, built by James McGavock in 1779 or 1780, is still standing in downtown Max Meadows and. is one of the oldest structures in the county.

However, after William Sayers died his land was sold in the courts because no deed could be found for the property. Neither John Buchanan nor William Sayers had a clear deed to the Anchor and Hope Plantation. Sayers’ heirs did retain at least part of the property, along with the house, perhaps by purchasing it outright.

When the land was up for sale, James McGavock purchased part of the property, paying it over a period of several years. By 1777, McGavock had secured a clear title to part of the Anchor and Hope Plantation.

McGavock died around 1812 leaving his property to his sons, James Jr and Joseph. 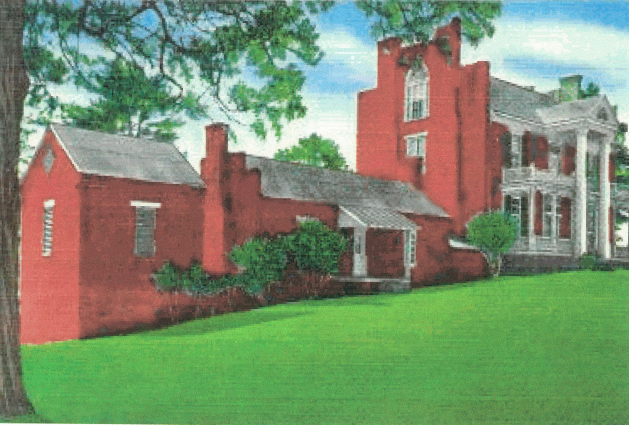 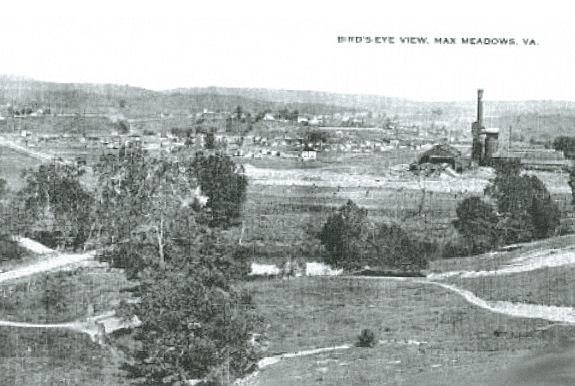