The Kent Family of Southwestern Virginia played a prominent role in community affairs during the settlement period. They were large landowners and leaders in both political and militia activities. Many of the early settlers were employed by them to farm their large plantations.

The first Kents came to America from Southern England during the Seventeenth Century. The progenitor of Southwestern Virginia Kents was Jacob Kent from Bedford County. He was born circa 1730 and died at Shawsville, Virginia in 1776. On April 5, 1760, he made a marriage to Mary Crockett of Bedford County. The bond was cosigned by Joseph Crockett, a grandfather of Davy Crockett. Their children were: John Kent, who married a Barnett; Joseph Kent, who married Margaret McGavock; Jacob Kent, Jr. who never married; Jane Kent, who first married Major Thomas Quirk. He was a wife abuser so Captain Jacob Kent had him horsewhipped and sent on his way. Her second marriage was to a Buford. Nancy Kent ,who married Hugh McGavock and resided at Max Meadows; and Robert Kent, who died as a child.

Captain Jacob Kent, Sr. acquired 1,260 acres of the Vause track at Shawsville, Virginia. He was a commander of the area militia company and was active in protecting the new frontier settlements. His first home was built north of Ft. Vause near a large free-running spring and he named the place”Edge Hill.” It was a sturdy four room log home with gun ports and fortifications to be used in the event of Indian attack. His son, Jacob Jr, remained at the homeplace and was never married. Upon his father’s death, the estate passed to him. 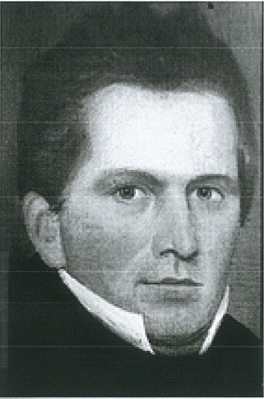 This property remained in the Kent family for four generations passing next to Jacob III then lastly to Sarah Kent.   Jacob III was a son of Colonel Joseph Kent and a grandson of Jacob Kent, Sr. Sarah Kent was a daughter of James Randall Kent who was a son of Colonel Joseph Kent of Reed Creek. John Vaughn bought the property from Sarah’s estate and built the first large mansion. This home burned about 1930 and was replaced by another large home.

James Randal Kent, son of Joseph and Margaret, married Mary Cloyd in 1818, daughter of Major General Gordon Cloyd. She was born February 17, 1800 and died February 5, 1858. Joseph and Mary are buried in the family plot near New River. James acquired the large Buchanan Bottom Farm along the New River through the Cloyd family, where he built a large mansion. This farm, plus a mountain tract, totaled over 3,000 acres and was valued at $116,000.00 in the 1850 Census. This would translate to about two million of today’s dollars.

James elected to build his mansion on bench-land about one-half mile north of the Adam Harmon ford on New River. The site was heavily timbered by virgin hardwoods and had once been the site of the Adam Harmon Cabin. In clearing the land for building, he left a few selected trees surrounding the home. One giant oak is still standing in front of the mansion today. The tree’s age has been calculated at more than two hundred years having started growth about the time the first white man settled the area.

Almost all of the mansion’s construction was accomplished with black slave labor. Each brick was hand molded and baked near the site. The lumber was cut from the trees growing nearby, using only the very best hardwoods. The home interior was divided into rooms by brick walls approximately ten inches thick. This helped the home to remain cool in the summer, warmer in the winter, and to withstand the ravages of time.

There were two cemeteries located upon the J. R. Kent plantation. One was the Kent family cemetery placed high upon a knoll and the other was the slave burial ground located northeast of the mansion. The Kent family cemetery is enclosed with a stone fence and is still maintained while the slave burial site has been neglected by the many subsequent owners and is now nearly obliterated.

The historic Adam Harmon Ford on the New River was located on the James R. Kent farm about one mile west of what is now Whitethorne, Virginia. It was named for Adam Harmon, one of the original settlers, who once owned Buchanan Bottoms. The use of the ford predates the first arrival of the white man. It was already used as a main fording place for the various Indian tribes traveling through the area. It was part of the “Great Warpath” network used by the Indians to make war upon each other.

When the first Europeans arrived, it was still used by buffalo in their feeding migration, a pattern dating back to antiquity.

As Southwestern Virginia, Tennessee, and Kentucky began to be settled, the ford was heavily used by immigrant families in their trek westward. Later a great deal of goods, travel, and commerce would flow through the ford in support of the newly settled West. Use of the ford continued until the latter part of the eighteen hundreds. Passenger stages and freight wagons used the ford until the New River Division of the N&W Railroad was completed in 1883. After this, it was lightly used by local people to gain access to the railroad at Cowan’s Siding. Since fording depended upon low water, Brown’s Ferry about one mile farther west came into being. Later, a ferry was established at Whitethorne and remained in operation until about 1940. It was last operated by Harvey “Cal” Albert, Sr.

A local legend passed on stated that during the very early settlement period, a fort was built upon a knoll several hundred yards to the north of the ford. The older generations always referred to the place as Fort Maynard Knob. The exact use for the fort has not been preserved in history. It probably was used for protection of the early settlers during troubled times and also as a guard post to protect the ford since Indian war parties frequently crossed the river there. It must have been used as a place for travelers and freighters to make a safe night camp and to spend time while waiting for high water to recede before crossing. 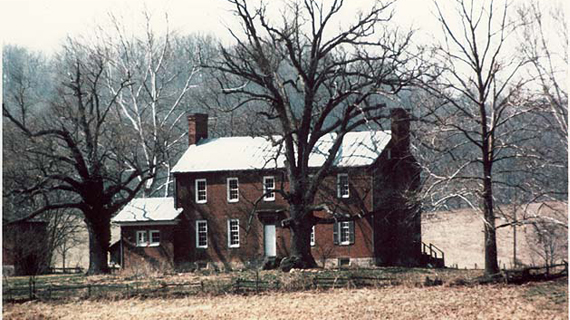 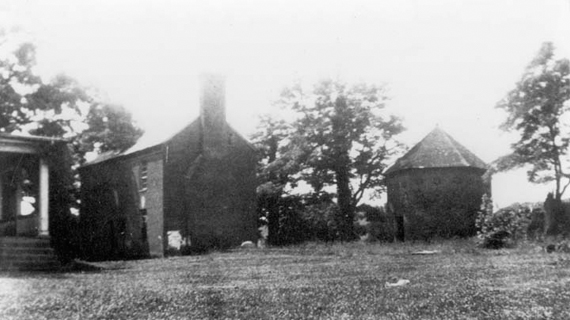