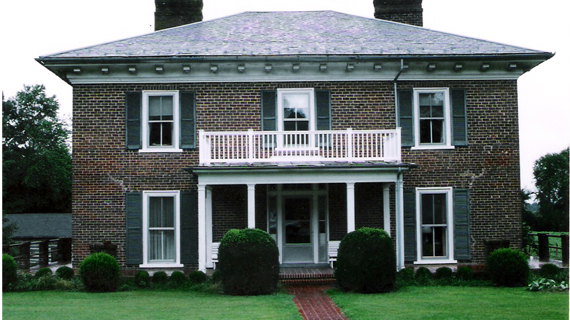 To find the origin of a given surname is oftentimes a difficult task for at the outset the changes which a family name has undergone frequently baffle the genealogical and etymological student. Then it must be remembered that the spelling of a surname was tentative and capricious and because of this, names were enrolled in a manner often entirely unintelligible at the present day. Surnames in old records are sometimes spelled one way at baptism, another way at marriage, and a third way when the will is probated. As the pronunciation of names has never been fixed by rule this is, too, an occasion for mistakes in the registration of names, and is a source of much confusion to those uninitiated in such research.

The family name to which the subject of this sketch, John Edward Blakemore, deceased, belongs, is a case in point. In the Lancaster County, Virginia, records the name is written Blakemore and Blackmore. On consulting old World sources a similar spelling of the name is found. In the different visitations of the Heralds, the name is recorded Blackmore, Blackemore and Blakemore.

The name Blackmore belongs to a class of place-names, and in the consideration of place-names we are usually confronted with various theories advanced by those who make a careful study of family names and their stories. According to one authority, Moor is a name that explains itself, and has given a considerable number of surnames, as: More, Muir, Delamare and Blackmore. The interesting fact concerning the Blackmore family is a regular recurrence of certain given names. In the Harleian Society records, the Visitation of 1620, mention is made of Thomas Blackmore of Bishop, who married Homer, daughter of William Snow. In the list of the children of this marriage are Thomas, Edward, and John, given names which have been retained in the Blackmore family until the present day.

By consulting the Pennsylvania Archives, we learn that the Blackmores came up into Pennsylvania during and after the Revolutionary War. In the Pennsylvania Archives, Vol. XXIII, in the list of Rangers on the Frontiers, 1778-1783, appear the names of William and James Blackmore. There are also records of the Revolutionary services of James, Joh, Nathaniel, Samuel and William Blackmore. Also the service of Captain Thomas
Blackmore, the son of John Edward Blackmore, the founder of the family in Virginia. The patriotic record of the Blackmore family is shown by the inclusion of the name in the Revolutionary Roster. They were true and valiant soldiers. And as soldiers of peace they manifested the same courage and industry. There is a tradition in the family that in time of war the Blackemores were typical “Fire-eaters” and in time of peace, home lovers and home builders, noted always for generosity in thought, and deed.

John Edward Blackmore, the first of the name, on record in Virginia, according to a statement current in the family, married Ann Newsom, a granddaughter of William Newsom, the patentee, who owned extensive acreage along the Rappahannock River.

The Newsom or Neasom family was a long resident in Surrey and the adjoining counties. The will of William Newsom, the son of the patentee, was dated June 10, and proven in Surrey, September 1, 1091. In his will he mentions his sons William, John, Robert, Thomas, and daughters Elizabeth and Ann.

John Edward Blackmore, who married Ann Newsom, lived on her estate and this estate remains in the Blackmore family today. The stream of water running through the Blackmore plantation was formerly known as Newsom’s Creek. In the will of John Edward Blackmore, recorded May 12, 1738, there is mention of the following children: Thomas, Sarah, Hannah, Edward, John and Joseph. Of these children there are many distinguished descendants, who are widely scattered over the States.

Thomas Blackmore, the eldest son of John Edward Blackmore, then grown to manhood, married Ann Neville, youngest daughter of Captain George and Ann Burroughs Neville. George Neville according to tradition was the first of the name who caine to this country. He had been kidnapped when quite young. He married Ann Burras or Burroughs, an inmate of Lord Fairfax’s family, and a relative. Among the children of George Neville and Ann Burroughs, were Presely Neville, who was Major and Aide-de-Camp to Lafayette in 1778, commissioned Brevet Lieutenant-Colonel, October 27, 1778, captured at Charleston, exchanged in 1781, served to the end of the war, died December 1, 1818; Joseph Neville, who was a member of the House of Burgesses for Hampshire County at sessions of March, 1773, May, 1774, June, 1775, and of the convention of December, 1775. During the latter part of the Revolution he was County Lieutenant of Hampshire and later was a Brigadier-General of Virginia Militia. He died March 4, 1819.

Thomas Blackmore and Ann Neville Blackmore moved from Fauquier County to Clarke County, settling about two miles from Berryville. At this time Thomas Blackmore was known as Captain Blackmore, having earned his title in the Revolutionary War. He died October 26, 1808. His children were George, John, Lucy, Sarah, Thomas, James, Anne and Hannah.

The other members of John Edward Blackmore’s family are as follows: Hannah, who married William Biscoe and moved to Fauquier County. John who went to the parish of Hamilton, in Prince William County, and Edward Blackmore. Owing to the imperfect records and the separation of families, by the lack of preservation of the family records, it is impossible to say positively what became of the others.

Edward Blackmore, the son of John Edward Blackmore, the ancestor of Mr. Blakemore of this sketch remained at the old homestead. He married Jemima Bristow, a relative of Major Bristow, of London, and that he possessed not only high social position, but also great wealth, is shown clearly by an inventory of his property, and vast estates, which were divided among his heirs. His children were one son, Edward, and five daughters, Bridget, Hannah, Elizabeth, Sarah and Nancy. He died in January, 1778.

The original Blackmores owned immense acreage. Their property included lands in what is now the District of Columbia, Maryland and Virginia. Edward Blakemore’s will, recorded November 15, 1819, mentions three children, William, Molly who married a Hutchings, and Lucinda, who married a Wayman of Culpeper County.

John Edward Blakemore married first, Elizabeth Hudnall Anderson, and the children of that union were John Edward and Elfranyal Tomzie. He married secondly Mary Travers and had one son, William Seneca Blakemore. Of his third marriage to Elizabeth Pearson there was no issue.

John Edward Blakemore, Senior, the son of William and Tomzie Chowning Blakemore, was born March 14, 1815. He possessed numerous slaves, living the pleasant and active life of a prosperous planter, on the plantation, a worthy representative of his family. Besides the plantation which he inherited he owned several other farms, but, like the majority of wealthy planters in the South, his estates suffered greatly from the war between the States. As his death occurred February 8, 1866, his guiding hand was sadly missed during the difficult period that followed the great strife and, unfortunately, his family endured many deprivations. This sad bereavement forced heavy responsibilities upon the shoulders of young John Edward Blakemore, who was only thirteen years of age at the time. The slaves were free, Southern money was valueless, and the means to provide an education for the children of the family were not forthcoming. It required a courage equal to that shown in the battlefield by the “heroes in gray,” for the Blakemore family, as in the case of numerous others in the South, to face the tasks of daily life under such conditions.

John Edward Blakemore, the subject of this sketch, was born June 16, 1853. He possessed the greatest asset a child can have, the influence of an environment of culture and refinement. Although his education suffered on account of the losses sustained during the war he was the happy possessor of unusually fine home training, and the guidance of wise and loving relatives.

It is interesting to note that his first efforts after reaching maturity were directed towards the restoration of his ancestral home. Possessing a talent for finance, he also engaged in several business enterprises. He was a successful merchant, oyster planter, and the owner of a private canning plant. He was also successful in the management of lumber industries. Among business men, he was noted for the indefatigable manner in which he managed his own plants. This was the secret of his success.

In political circles John Edward Blakemore was a Democrat and his influence and sound judgment regarding political matters were conspicuous. Being of a retiring disposition, he never sought public office, though his ability to serve in this capacity was attested on several occasions, when sent as delegate to various Democratic Conventions. If he had desired political preferment, he could have exerted a strong influence in behalf of his party, for his ideals were high and his motives pure. He belonged to that high type of manhood, numerous in the old South, and known familiarly as : “the Southern Gentleman.”

Mr. Blakemore never affiliated himself with any club or society, though he was noted for his generosity to charitable institutions, and was loved and respected by his community, regardless of class or color. His gentle nature and the integrity of his life endeared him to every one. In church affiliation he was a member of Corrattoman Baptist Church, serving as Deacon for a period of thirty years.

John Edward Blakemore died in 1914. His widow, who warmly cherishes the memory and the heroic deeds of his life, still lives, loved by many, at Senora, Virginia.

In summing up the life of John Edward Blakeniore it is fitting to call attention to the fact that, though he came of a line of soldiers, he is best remembered by those who knew him as a hero of peace, a man of constructive, not of destructive ability. The highest achievements of mankind are not exhibited on the battlefield, but in the quiet, faithful and intelligent discharge of daily duty in work beneficial to one’s fellows. Hence the career of John Edward Blakeniore is well worthy of emulation by all who aspire to peaceful, honorable and useful pursuits of life. 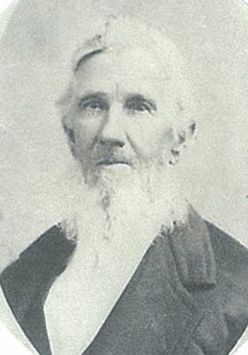 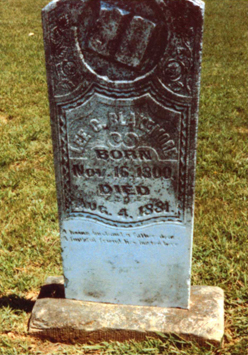