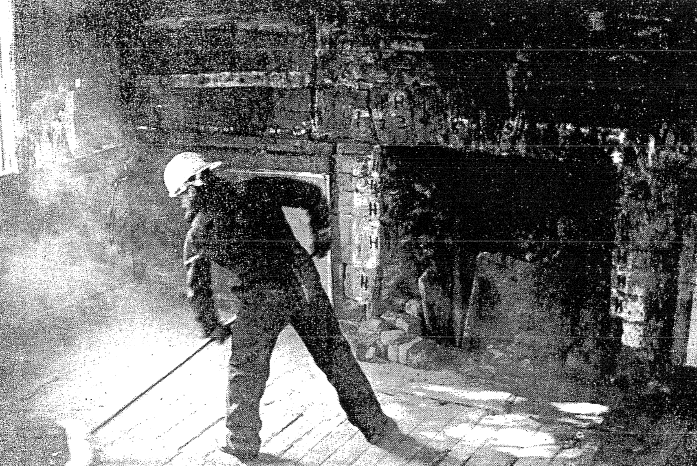 A Worker helping to dismantle the McGavock house in Max Meadows cleans the
walls and floors down to the original materials to be numbered and photographed for removal and subsequent reconstruction in Ireland.

The James McGavock log home, which was donated to the Ulster American Folk Park in Omagh, County Tyrone, Ireland, in March, is now being dismantled and will soon be on its way to its new home. The historic house, located -in downtown Max Meadows, is over 200 years old.· It was built in the 1780s by McGavock, an Irishman from Antrim, Ireland. The house will be reconstructed in the folk park, which is approximately 60 miles from McGavock’s original home in Ireland.

Ray Wright and Frank Strassler, historians with the Museum of American Frontier Culture in Staunton, are acting foremen and have been on the site, overseeing the dismantling, along with Phillip Mowat from the Irish museum. Mowat has numbered all the logs, rafters and stones, taken laymeasurements of every angle of the house and did extensive photography of the house at all stages of its dismantling. The photography is being done with videotapes and color, and black and white film. The actual dismantling is being done by three Iocal worker hired through Western Temporary Services. The materials of the house are taken apart, and carried outdoors where they are stacked for shipping. A trailer stands on the premises awaiting the loading.

Strassler, who oversees the German farm at the Staunton museum, said Monday that the hardest part of the work has been the stripping of all the layers of civilization that has accumulated throughout the years. There were seven layers of linoleum on the floor, which had to be removed before they were able to see the original flooring. The roof of the home was removed on Saturday, and Monday saw the rafters disappear, leaving a topless shell which exposed the vines growing up between the logs of the upstairs. 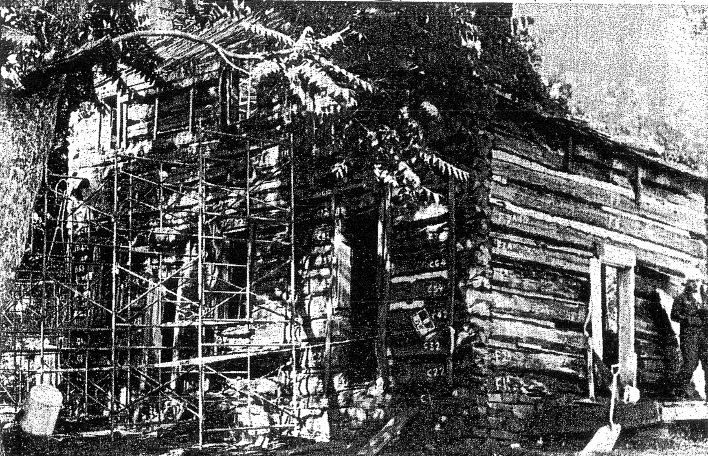 The James McGavock house is Max Meadows is being dismantled this week for its removal to lreland.
Each log and stone has been numbered to facilitate the re-construction of the log house in the Ulster American Foik Park.

A group was formed in Max Meadows during World War II as a chapter of the American Red Cross. The group met in the small building beside the fire station which was originally the medical office of Dr. A G. Crockett.
Residents would tear up sheets and roll bandages of various sizes to be used by the medical personnel for the wounded.

James McGavock Cemetery is the oldest known burial place in Max Meadows. It was started in the very early 1800s and was situated along the interchange of Interstates 81 and 77. This cemetery is full of old-style grave markers which date back to 1817. A child, Eliza McGavock’s grave was one of the first ones marked on August 22. 1817. Eliza was two years, three months and nine days old. 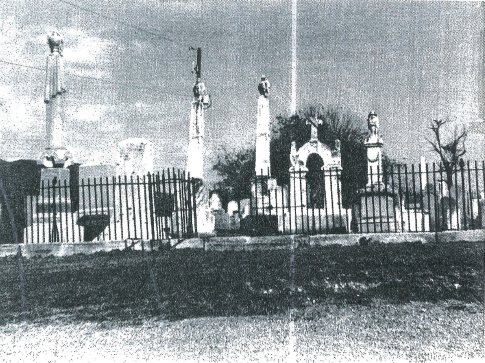 The James McGavock Cemetery has been identified as a Virginia Historical Landmark and contains the graves of the
early McGavocks and their loved ones.

The latest grave marker is that of Dr. Edward Pointer McGavock, who was born September 15, 1868 and died on July 3, 1950. Names of some of the families who are buried there are Burroughs, Chaffin, Graham, Kent, Martin Moore, Pointer. Stuart, Tate, Taylor and Williams.
The second oldest is also a McGavock Cemetery and is known as the Hugh McGavock Family Cemetery. It is also known as the Randal McGavock Cemetery and the Jacob McGavock Cemetery. It is located along state Route 610 across the road from the Jacob McGavock homeplace, now the Pope/Holston home. The first grave there is that of Maria Ried McGavock, first wife of one of the McGavocks. Maria was born October 10, 1804 and died on September 2, 1834. Nancy Kent McGavock, born on December 11, 1763 and died February 10, 1835, is also one of the earlier graves. 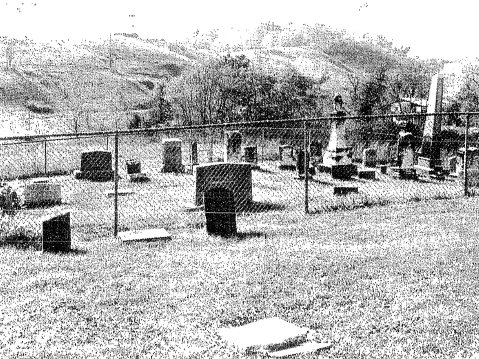 The Hugh, Randal and Jacob McGavock Cemetery is divided into two parts and is the resting place for a Revolutionary War soldier as well as many other townspeople. 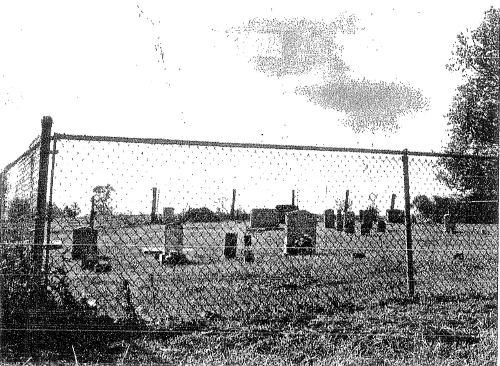 The Mabe Cemetery is a hillside off Peppers Ferry Road and contains the grave of a Confederate soldier, John Crockett Inman.

Another cemetery about a quarter of a mile off state Route 610 is the Mabe Cemetery. Buried there are descendants of the Jackson and Mabe families. Included in the Mabe Cemetery is a Civil War veteran,
John Crockett Inman, whose grave has been marked with a marble tombstone. Inman, a native of Carroll County, lived in Max Meadows just above Hager’s Spring along state.

John Crockett Inman, a Confederate veteran who served in Company B, Fifty-First Virginia Infantry, Confederate States of America, is buried in the Mabe Cemetery in Max Meadows.

Route 121. His descendants traced his service records and were presented with a tombstone to mark his grave several years ago. Dorothy Todd of Manassas and Ocie McHone Gravely, his granddaughter, were instrumental in securing the stone. Ellen Branscome and Linda Spiker, with the assistance of a nearby resident Willie Jackson, found his grave and marked it for the setting of the stone. Willie remembered where the old fence boundaries were located and the fact that her mother had planted a bush at the head of Inman’s grave. The marker was set and his life and service to his country can now be recognized and remembered.
A cemetery for black residents was started on the hillside just above the Jacob McGavock home on state Route 610 Years later, due to erosion problems, the coffins and remains were removed to a hill above the Lampkins home on Ramsey Mountain above Water Street. The Lampkins Cemetery has been there now for about 20 years on the o!te of the old Max Meadows Colored School.

On August 24, 1924, a group of concerned citizens got together and formed a Max Meadows Cemetery Company with its office in Max Meadows. They had determined that places were inadequate in the area for burying their dead. The results of this organization have not been researched. Officers were Damon S Moore, Benjamin Franklin Thacker, Charles C. Councilman, and Emmett L. Thacker. Members of the board of directors were the same officers, plus C.L. Tilley, R.V. Atkins, John W. Hankley, Sampson P. Doss AC. Collins and Thomas L. Hanks.