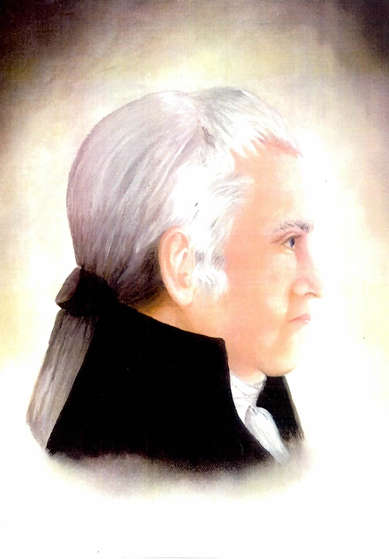 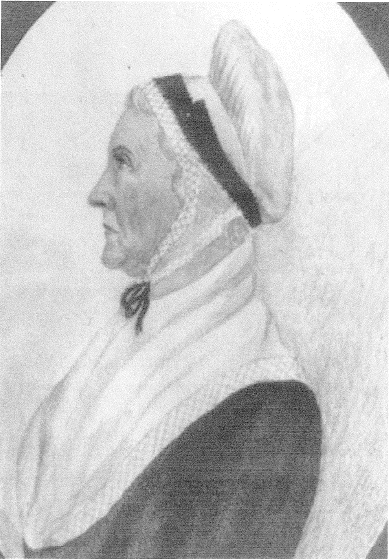 A short bio from the book “Afax Meadows, Virginia: Destined for Glory”:
“James McGavock was born in 1728 in Antrim, Ireland, and came to America in 1752. He was a private stationed at the old Fort Chiswell, where he also served as quaterermaster of the fort. He had several enterprises in the Fort Chiswell area, which spread further north into Max Meadows. He built a log home there around 1789 which is still standing. He and his wife later moved into the home where he lived until his death. McGavock saw potential growth in the lovely valley and purchased several hundred acres of the Anchor and Hope Estate, previously owned by the Buchanan and Sayers families. Randal McGavock, one of his heirs, sold much of the land to the Pennsylvania developers to build the town. James McGavock died in 1812.”

Note:
1. McGavock built a two-story log home for his son David and his daughter-in-law at the time of their marriage in 1779 or 1780. The cabin measured thirty by sixteen feet and had two large rooms downstairs, one which was eighteen feet long and the other twelve feet long. When David moved his family to Nashville, TN., James and Mary moved into the cabin where they remained until their deaths in the early 1800;s.
In 1990 the log house was dismantled to be shipped to the Ulster American Folk Park in County of Omagh, Northern Ireland. As of 2018 it has not been reassembled according to the UAFP website.
Condensed from a Special Edition of an early Wythe Co., Virginia, newspaper:
A traditional story about James’ arrival at Philadelphia has it that he gave all of his means except one pound to pay the passage of four young Irishmen who were to be sold into bondage to pay the cost of passage. The first record finds him in Braddock’s army with a team used for transporting prisoners and provisions. In 1757 he was Captain of a company of volunteers on the expedition against the Shawnees, and by September, 1758 he was serving in the Augusta County Militia. A receipt dated October 12, 1759 indicates that he was still in the business of supplying provisions. He drifted down the valley of Virginia and located in Rockbridge County near the Natural Bridge on land adjoining Thomas Jefferson’s. When Botetourt County was organized in 1770, he was one of the Justices and also a Deputy Sheriff. He was given the contract for building a log cabin twenty by sixteen feet which was to serve as a goal [jail].

Among the Fort Chiswell papers at William and Mary College is one dated March 10th, 1772 showing that James McGavock was paying John Esdale one hundred pounds of current money as part of the price of Fort Chiswell with William Preston as his attorney. It is presumed that he came to this section to live at that time. In 1772 Fincastle [County] was formed with the Lead Mines as the county seat. In this new county James McGavock was again made Justice. It was at Fort Chiswell, the place that played such an important part before, during and after the Revolution, that James McGavock was to spend the remainder of his life and take an active part in all affairs of the state.

HERE ON JANUARY 20, 1775 THE COMMITTEE OF SAFETY OF FINCASTLE COUNTY ADOPTED RESOLUTIONS BOLDLY DECLARING THEIR DETERMINATION NEVER TO SURRENDER THE RIGHTS AND PRIVILEGES GRANTED TO THEM AS VIRGINIANS CLOSING WITH THIS ASSERTION: “THESE ARE OUR REAL THOUGH UNPOLISHED SENTIMENTS OF LIBERTY AND LOYALTY AND IN THEM WE ARE RESOLVED TO LIVE AND DIE.” ERECTED BY STUART CHAPTER AND BY WILDERNESS ROAD CHAPTER DAUGHTERS OF THE AMERICAN REVOLUTION

Abstractor’s Note: This is the World Famous–FINCASTLE RESOLUTION! A precursor to the Declaration of Independence!

The FESTER started in 1738-39 when our people of the Western Waters saw they were treated as inferior and overlooked by George II. Then during the F&I War the young boys saw the ignorance and insolence of the Flatt Landed Englishman! They were seldom paid and had to scrounge for their own food, clothing and powder and flints.

The FESTER turned RED in 1763 when crazy George III  bent over backwards to the French and closed all Settlement on the Western Waters West of theNewRiver! All the Virginia Colonial Militia were denied their LAND BOUNTY PAY!

The Fester swelled when LORD DUNMORE and his 1000 men took the long way to POINT PLEASANT and got there two days after the Battle was over! (Thanks Dunnie for the thought! Hogwash!)

Misters William Kennedy Sr and JR. stood on the hill overlooking the Miami River (in Ohio) and saw the hated Shawnee who had been killing their blood since 1740! They were ready! Their leader, Col Andrew Lewis ( of Salem, VA) was ready—-yes ready to charge into the red heathens and get a little “pay back”!

Out rides the Shawnee Chiefs with a white flag and GOVERNOR DUNMORE takes their hand and gives them PEACE! He even took rations from his starving soldiers to give to the cutthroats. THE FESTER BURST! PUS poured all over DUNMORE and every mother’s son knew what had to be done—–Return to their homes–form MINUTE COMPANIES (some times called Committee of Safety Companies) and range their frontiers to protect their own–drive all those loyal to the Crown out of public service and military command and GET READY!

Just look at the time frame—Battle at Point Pleasant in the first week of October and march to the Shawnee Villages and then the long return home–some men did not get home till the last of November. Immediately they organized and waited for the Resolution from the new Continental Congress! P.S. This original Resolution is in the handwriting of Reverend Charles Cummings of Abingdon, VA and founder of the Ebbing Springs Church which stands today. God Bless the Ulster Scot-God Bless the American Revolution and God Bless the Presbyterian Church. Amen.

PROCEEDINGS OF THE FINCASTLE COUNTY COMMITTEE (OF SAFETY) JANUARY 20, 1775

In obedience to the resolves of the Continental Congress, a meeting of the freeholders of this county was held this day, who, after approving of the association framed by that augusto body in behalf of all the colonies, and subscribing thereto, proceeded to the election of a committee, to see the same carried punctually into execution, when the following Gentlemen were nominated: Reverend Charles Cummings, Colonel William Preston, Colonel William Christian, Captain Stephen Trigg, Major Arthur Campbell, Major William Inglis, Captain Walter Crockett, Captain John Montgomery, Captain James M’Gavock, Captain William Campbell, Captain Thomas Madison, Captain Daniel Smith, Captain William Russell, Captain Evan Shelby, and Lieutenant William Edmondson. After the election, the committee made choice of Colonel William Christian for their chairman, and appointed Mr. David Campbell to be their clerk.

The following address was then unanimously agreed to by the people of the county, and is as follows: To the Honourable Peyton Randolph, Esq.: Richard Henry Bland, Benjamin Harrison, and Edmund Pendleton, Esquires, the Delegates from this colony who attended the Continental Congress held at Philadelphia.

Had it not been for our remote situation, and the Indian war which we were lately engaged in, to chastise those cruel and savage people for the many murders and depredations they have committed amongst us (now happily terminated, under the auspices of our present worthy Governor, his Excellency the Right Honourable the Earl of Dunmore) we should before this time have made known to you our thankfulness for the very important services you have rendered to this country, in conjunction with the worthy Delegates from the other provinces. Your noble efforts for reconciling the Mother Country and the Colonies on rational and constitutional principles, and your pacific, steady, and uniform conduct in that arduous work, entitle you to the esteem of all British America, and will immortalize you in the annals of your country. We heartily concur in your resolutions, and shall, in every instance, strictly and invariably adhere there to.

We assure you, Gentlemen, and all our countrymen, that we are a people whose hearts overflow with love and duty to our lawful sovereign George III whose illustrious house, for several successive reigns, have been the guardians of civil and religious rights and liberties of his subjects, as settled at the glorious Revolution; that we are willing to risk our lives in the service of his Majesty, for the support of the Protestant religion, and the rights and liberties of his subjects, as they have been established by compact, law, and ancient charters.

We are heartily grieved at the differences which now subsist between the parent state and the colonies, and most ardently wish to see harmony restored, on an equitable basis, and by the most lenient measures that can be devised by the heart of men. Many of us, and our forefathers, left our native land, considering it as a kingdom subjected to inordinate power, and greatly abridged of its liberties. We crossed the Atlantic, and explored this then uncultivated wilderness, bordering on many nations of savages, and surrounded by mountains almost inaccessible to any but those very savages, who have incessantly been committing barbarities and depredations on us since our first seating the country. These fatigues and dangers we patiently encountered, supported by the pleasing hope of enjoying those rights and liberties which have been granted to Virginians and were denied us in our native country, and of transmitting them inviolate to our posterity. But even to these remote regions the land of unlimited and unconstitutional power hath pursued us, to strip us of that liberty and property with which God, nature, and the rights of humanity, have vested us. We are ready and willing to contribute all in our power for the support of his Majesty’s government, if applied to constitutionally, and when the grants are made by our own representatives; but cannot think of submitting our liberty or property to the power of a venal British parliament, or to the will of a corrupt ministry.

We by no means desire to shake off our duty or allegiance to our lawful sovereign, but on the contrary shall ever glory in being the loyal subjects of a Protestant prince, descended from such illustrious progenitors, so long as we can enjoy the free exercise of our religion, as Protestants, and our liberties and properties, as British subjects. But if no specific measures shall be proposed or adopted by Great Britian, and our enemies will attempt to dragoon us out of those inestimable privileges which we are entitled to as subjects, and to reduce us to a state of slavery, we declare, that we are deliberately and resolutely determined never to surrender them to any power upon earth, but at the expense of our lives. These are our real, though unpolished sentiments, of liberty and loyalty, and in them we are resolved to
live and die.

We are, Gentlemen, with the utmost esteem and regard, your most obedient servant. 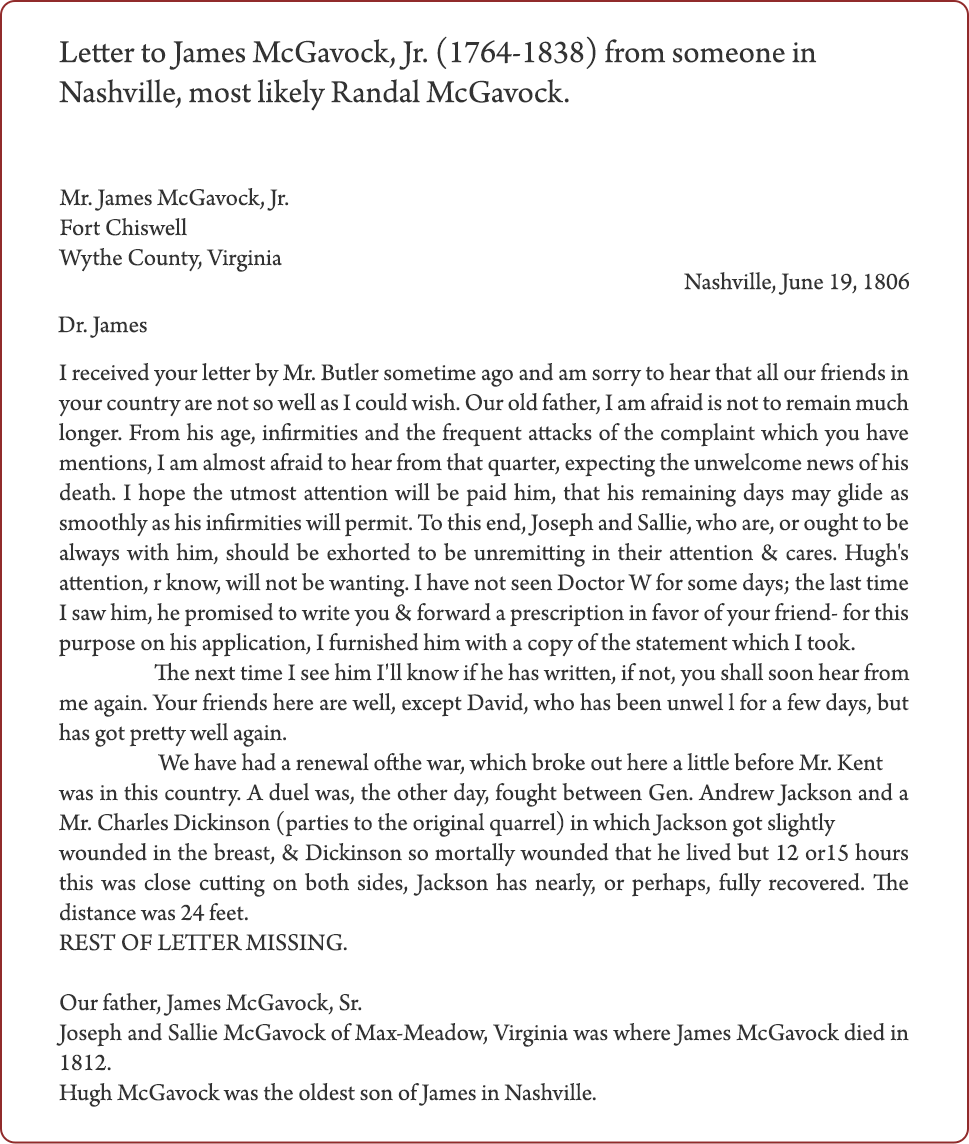