Much has been written about James McGavock, Sr., the pioneer to Wythe County, and it is true that he was an influential and interesting citizen of the county. His name is associated with Fort Chis well and surrounding countryside. Today, however, the subject of this article is his son Hugh, who was born on September 25, 17 61, and died in Wythe County on April 2, 1844 after an extraordinary life with a variety of adventures.

In the latter part of 1779, when Hugh was about 18 years old, he was recruiting men for the Virginia state service in the Revolutionary War. He enlisted as an ensign (the lowest of the officer ranks in the army of those days) in Colonel Joseph Crockett’s Regiment. On the first ofFebruary 1780 he was ordered to take his recruits to Albemarle County to join Crockett’s Regiment. There he remained until the late fall of 1780 when the troops were ordered to march with prisoners they had been guarding to Frederick Town. He was promoted to the rank oflieutenant and acted as such until the end of this service. Hugh remained in Maryland until March of 1781 when he was then ordered to march to Shepherdstown, and then to a place called New Store on the Monongahela River about 30 miles from Pittsburgh, where they arrived about the first of June. After staying there for a few days they took boats and proceeded down the river to Louisville, Kentucky.

At Pittsburgh, the troops under the command of Crockett, went with George Rogers Clark who took command and they continued under his command until disbanded. En route to Colonel Floyd’s station about six miles from Louisville (or The Falls, as it was often referred to), Hugh was riding with captains Tipton and Chapman, when they were attacked by Indians. The captains riding on either side of Hugh were killed but miraculously Hugh’s horse turned backwards instead of forward with fright, thus saving Hugh from the same fate as his companions. As a result of the death of the two captains, Hugh became entitled to the rank of captain, although his commission never became official. He remained with Clark’s troops until December when word was received that Corwallis had been defeated., His term of service came to an end about the same time as this news reached
their encampment. Hugh’s record book from this time period shows some of the items listed for the soldiers, such as clothing, shoes, rifles, powder, swords, tomahawks, axes, scalping knives, bullets and other items to be expected.

Upon his return to Virginia, Hugh was sworn in as deputy sheriff ofMontgomery County (the county then covering what is now Wythe County) taking office in March 1782. He married twice, first to a Miss Campbell, who died within a short time of their marriage. He next married Nancy Kent, a daughter of Jacob Kent and Mary Crockett Kent on March 29, 1785. She was the sister of Colonel Joseph Kent who had married Margaret McGavock, Hugh’s sister.

Hugh was later appointed tax collector on hides and fur-bearing animals, and later for stills which were legal at the time. His father owned a still of 160 gallons capacity, as many of the citizens of the area did. In 1815 Hugh was appointed Tax Collector and Assessor and his appointment bore the signatures of James Madison, as president and James Monroe, acting secretary of state.

The district covered by Hugh in 1815 for the collection of taxes, included the counties of Wythe, Washington, Grayson, Scott and Russell and Lee counties which in fact was much of the territory from Wythe County westward at that time. Some of these records have survived and indicate that he reported the number of acres mvned by each person, the location of the farm or lot, and the kinds of buildings on the property and their worth. In addition he recorded the number of slaves if any were owned and their value. For example, Robert Porter located on the north side of the New River above the mouth of Cripple Creek owned 350 acres with a dwelling house of wood, one and a half stories high, measuring 24 feet by 20 feet, one kitchen (usually a separate building) and a smoke house, two com cribs, a bam, blacksmith shop and stable, for a total value of$2,400. Eight slaves were owned (one male and seven female) and were valued at $2,150, almost as much as his real estate.

At home on his own plantation Hugh raised ten children, and had two others who died young. They were sons James, Joseph, Jacob, Robert, Hugh, David and Randal, and daughters Mary, Jane, Margaret, Eliza and Sally. He also operated a sawmill and a blacksmith shop. In his later years he was granted a pension and bounty land for his service in the Revolutionary War. 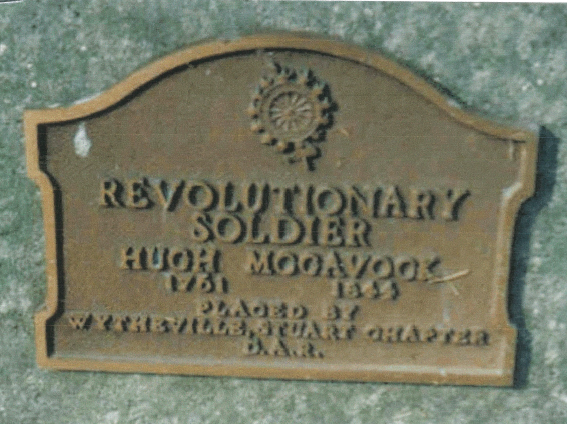 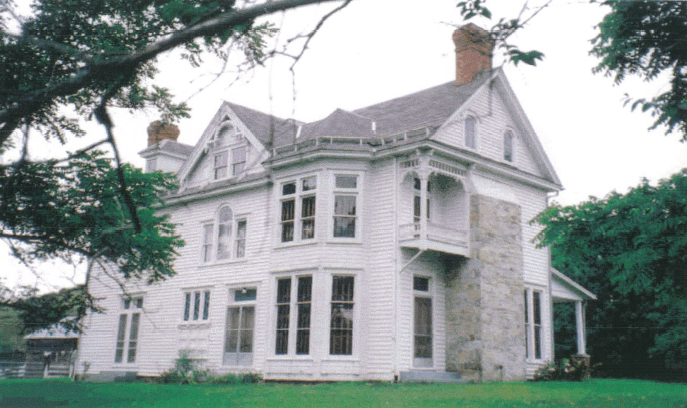